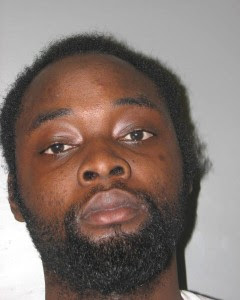 A man allegedly tried to abduct a six-year-old girl from her fenced front yard in the 11400 block of Monterrey Drive in the Wheaton Hills neighborhood of Wheaton Tuesday night. The girl was playing outside around 7:50 PM, when a man opened the front gate, grabbed her, and began heading back out of the yard. Her mother, fortunately, was watching her daughter and ran to place herself between them and the exit, according to a Montgomery County Police account of the episode.

Wresting her child from the man's arms, she ran indoors to call 911, as the suspect fled. He then inexplicably returned to the scene, pounded on the woman's front door, and fled again.

Police had responded quickly, and located the suspect in the 11200 block of Veirs Mill Road.

Kabir K. Salami, 20, of no fixed address, has been charged with one count of kidnapping, one count of false imprisonment, and one count of second-degree assault.  He is being held without bond.
Posted by Robert Dyer at 7:50 AM