Sanctuary on steroids: MS-13 able to use government-owned Silver Spring house as hideaway 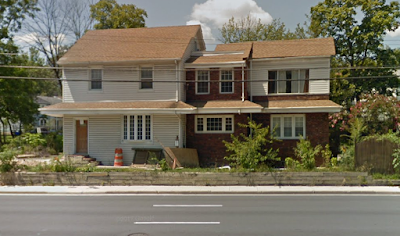 The fatal shooting in Takoma Park Christmas Eve now appears to be gang-related, and the incident has led to shocking new revelations. Kevin Lewis of ABC7 broke a startling story two days later revealing that MS-13 gang members have been able to use a government-owned home in Silver Spring as hideout. Lewis reported that the gang refers to such a safehouse as a "destroyer house."

Montgomery County had covered up the revelation since October 17, when workers sent to prepare the home for demolition were confronted by masked MS-13 members, armed with guns and machetes. After talking their way out of the situation, the workers called police. Officers raided the house, located at 807 University Boulevard East, four hours later. Among those arrested in connection with the destroyer house were Jesus Ponce-Flores, 19; David Lagunes-Bolanos, 18; Ricardo Arauz-Pineda, 25; and Jose Herrera, 18. Herrera was the victim of this week's shooting on Quebec Terrace.

The house was clearly never secured or inspected by government officials, and was in use for a substantial period of time. Police report it was decorated by the gang, with skulls, skeletons, graffiti, candles and masks hung on walls. Drug paraphernalia, liquor bottles and other items were found scattered around the house, which had been purchased by the Maryland Transit Authority to be razed for the Purple Line.

ICE had issued detainers for Ponce-Flores, Lagunes-Bolanos and Herrera, but Montgomery County did not comply; Herrera was released from Montgomery County jail last week, Lewis reported. Had Montgomery County complied with the detainer, Herrera would have been taken into custody at the jail. Instead, he is now dead after being shot in Takoma Park days after avoiding ICE capture thanks to Montgomery County.
A CASA de Maryland immigrant Welcome Center is located directly across University Boulevard from the Destroyer House. It's hard to believe no one nearby was aware of this longstanding use of the house by gang members. Thanks to Lewis' reporting, we know that Montgomery County kept this information from the public for over two months, and County officials are indeed presiding over a sanctuary jurisdiction - as proven definitively by Herrera's release from County jail.

Lewis noted that police would not say how many other "Destroyer Houses" may be operating in Montgomery County or the region.
Posted by Robert Dyer at 7:37 AM