The trend toward Montgomery County becoming the bedroom community for burgeoning job centers elsewhere in our region continues. Yet another office building is poised to be replaced with residential development, just two months after our impotent County Council let Discovery Communications slip out of their fingers, while they were busy debating a ban on circus animals. Developer Moonlight, Inc. is proposing replacing an office building at 850 Sligo Avenue with an 85-unit residential building, to include 6912 SF of commercial space.
A sketch plan submitted to the County shows the 99' tall existing building being converted to housing, while additional structures around it will range from 35-60'. The development will include a raised internal courtyard, and one level of underground parking. 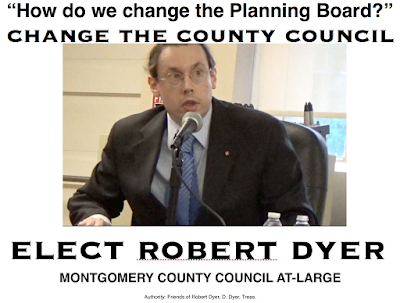 The Montgomery County Planning Board will consider the sketch plan at its April 5, 2018 meeting. Planning staff, not surprisingly, is recommending approval of the plan with conditions. One nearby resident who wrote to planners opposing the project included an obituary of former Council president Kathryn E. Diggs, who presided over some of the zoning decisions that allowed such non-compliant buildings as this office tower to pop up in low-density areas across the county. 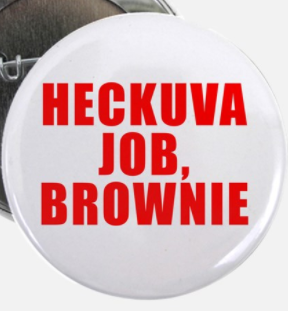 Not only do our developer-controlled Board and Council keep the Diggs residents-be-damned spirit alive, but they are running the County economy into the ground, by surrendering jobs to our competitors in the region. Heckuva job, Brownie!
Posted by Robert Dyer at 8:00 AM