Petrie-Richardson Ventures announced Thursday it has leased 100% of the anchor tenant spaces at its revamped Ellsworth Place mall in downtown Silver Spring. Guitar Center was the last to sign on, with Burlington Coat Factory, Dave & Buster’s, Marshalls, Michaels, Ross and T.J.Maxx already aboard.

With the heaviest leasing lift behind them, the owners are now preparing for what should be a big official Grand Reopening of the updated retail center later this year.

“We are very excited that within the four years of ownership and redevelopment of the property, we have 100% leased the anchor tenant spaces at Ellsworth Place,” Terry Richardson, president and COO of PRV said in a statement yesterday. “Our retail center and the entire downtown Silver Spring area have been in the midst of a cultural evolution, now more rapidly morphing into a vibrant urban center frequented by local residents and visitors from across the Greater Washington Region. With our anchors in place, we are on track for a grand reopening before the holidays.”

Part of that redevelopment has been a major renovation of the interior, and a modern re-skin of the facade.
Here's a look at that ongoing progress toward the above rendering this week, where workers from Signs Unlimited of South Carolina were painstakingly installing each new LED panel on the corner of the building near the Regal Cinemas Majestic 12 cineplex. And all of this is being accomplished while still preserving the building's historic art-deco facade, which dates from its beginning as a Hecht's department store in 1947. 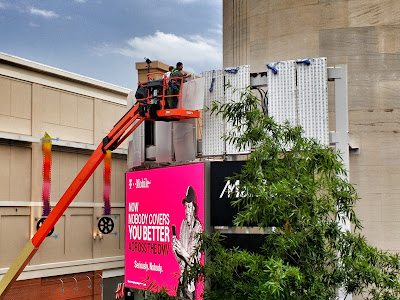 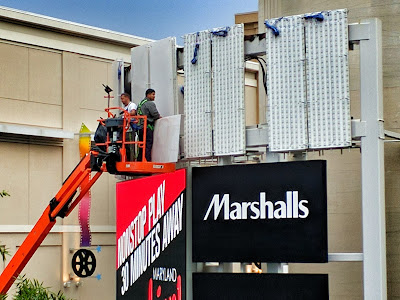 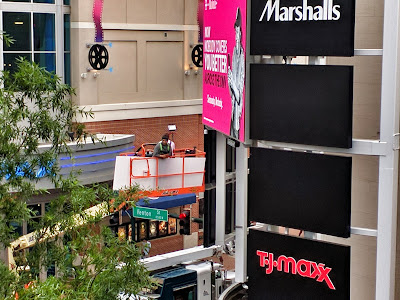 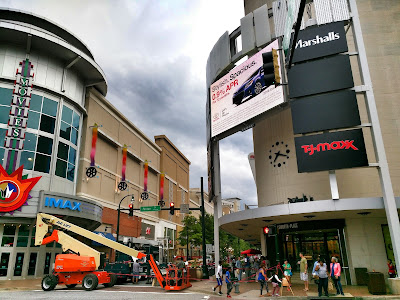 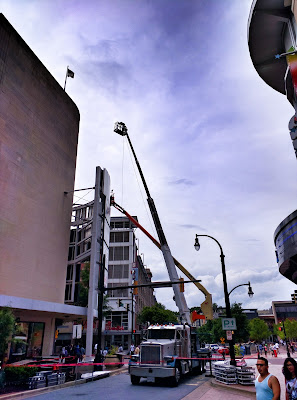 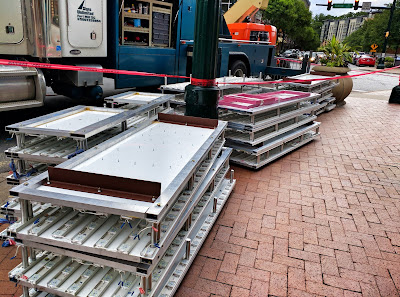 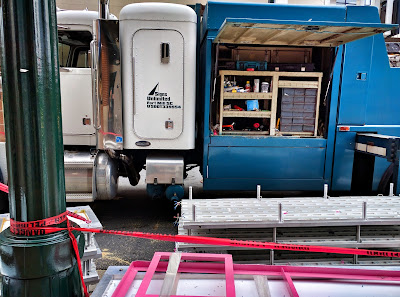 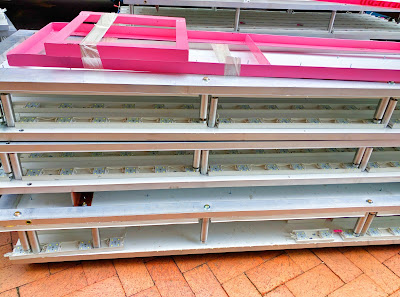 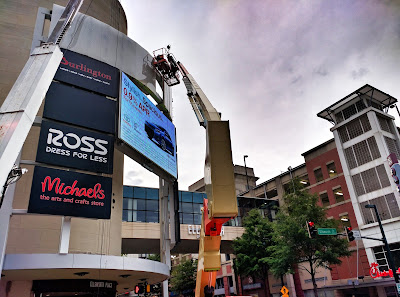 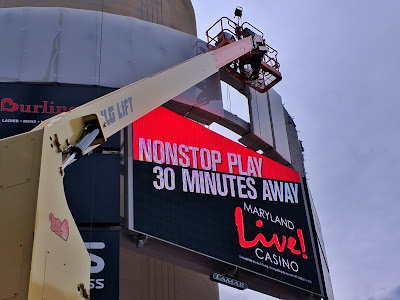