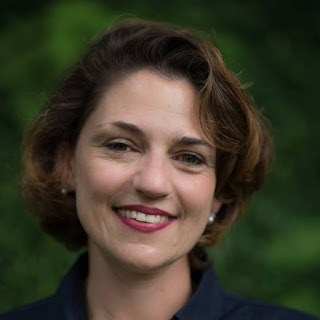 Takoma Park Mayor Kate Stewart has released a letter supporting efforts by D.C. Mayor Muriel Bowser and D.C. Councilman Brandon Todd to prevent the opening of a new ICE detention facility for minors near the D.C. border with the City of Takoma Park. The proposed facility would house several hundred unaccompanied minors detained at the U.S. border at 6896 Laurel Street, N.W.

"The property at 6896 Laurel Street NW is in no way adequate to house 200 children," Stewart wrote in her letter to Bowser and Todd. "Moreover, the center would be run by a company with no experience running facilities for children." The Takoma Park mayor added that the proximity of the facility could increase the number of ICE agents operating in the area, which she said "will create tremendous fear among our residents, regardless of their immigration status."
Stewart underlined Takoma Park's status as a "sanctuary city," and lambasted the Trump administration's handling of illegal immigrants and unaccompanied minors crossing the U.S. border as "appalling" and "sickening."

A contract with Dynamic Services Solutions in Prince George's County to operate the shelter has already been signed by the U.S. Department of Health and Human Services. DHHS has said the contractor and facility will adequately meet all needs of minors detained there.
Posted by Robert Dyer at 10:13 AM