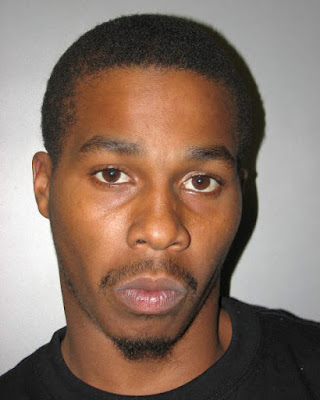 The August 24 armed robbery of the Verizon Wireless store on Spartan Road in Olney ended with the suspect eluding police, and fleeing in his black Dodge Charger via the ICC. He wasn't so lucky later that evening, when Montgomery County detectives tracked him down in Temple Hills.

Jamal Ronell Austin, 26, of the 5500 block of Yorkshire Drive in Temple Hills, has been charged with armed robbery, and four counts of first-degree assault. Police also allege he rammed a marked County police cruiser on the ICC near the Georgia Avenue interchange.