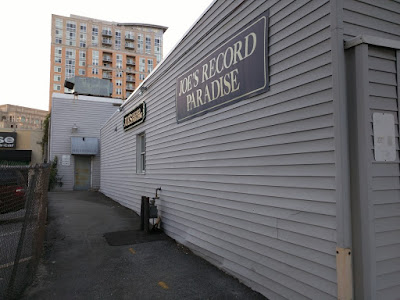 Downtown Silver Spring's newest brewery is gearing up to begin construction at 8216 Georgia Avenue. If something seems different, it is: Astro Lab Brewing has dropped an "e" from their name. The owners say people were having too much difficulty pronouncing the original "Astrolabe" moniker.

With pronunciation of the name squared away, they expect to start work in early November. In the meantime, the owners have been touring craft breweries for inspiration, as close as Howard County and as far away as Ontario, Canada. When it opens, the brewery will also serve artisan food to pair with their beers.
Posted by Robert Dyer at 8:00 AM