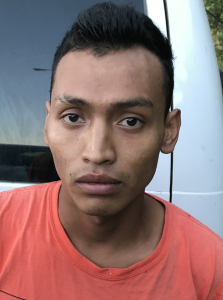 Two suspects carried out the alleged robbery that day at the Silver Spring Jewelry store, located at 1137 University Boulevard East. After taking jewelry and cash from the store, they threatened two adult males who were sitting in a Toyota Camry outside the store at gunpoint. Forcing the men out of the car, the suspects drove off in the Camry.

Torres-Enriquez was caught after a car in which he was a passenger was pulled over on New Hampshire Avenue near the Capital Beltway interchange on June 14. Detectives say they continue to investigate the case, and to search for the second suspect, who remains at large.