Shark Week bigger than ever after Montgomery County loses Discovery 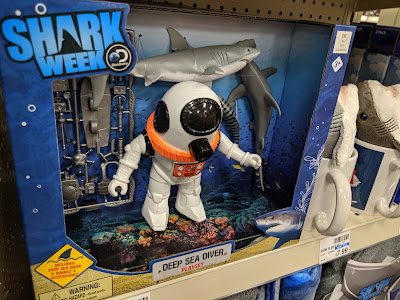 Discovery Communications is pulling out all the stops for Shark Week 2019, which is scheduled to begin on July 28. A special line of Shark Week merchandise has just arrived in CVS Pharmacy stores in Montgomery County. The annual shark celebration was once a point of pride for the County, when Discovery's corporate headquarters was located in Silver Spring. This year's event will be the first Shark Week since Discovery fled moribund, anti-business Montgomery County for business-friendly Knoxville, Tennessee, and it's a painful reminder of one of the Montgomery County cartel's most humiliating defeats. 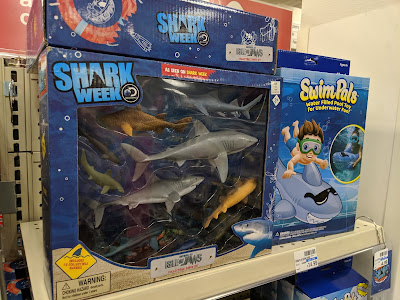 Among the great items you will find at CVS are a realistic Shark Week Deep Sea Diver playset, with everything kids need to recreate their favorite Shark Week scenes. The Shark Week Isle of Jaws Collectible Shark Set includes 10 sharks.  There are big Shark Week stuffed sharks hiding in the coral reefs, er, shelves of the display, including a hammerhead. 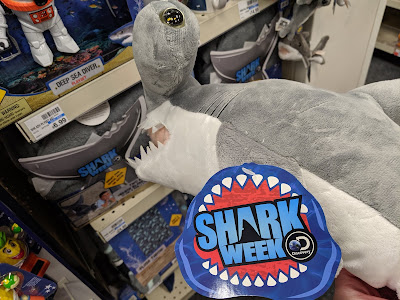 Pack official Shark Week beach towels for Ocean City, and try to forget a great white surfaced off the shore of Maryland last week. Or play it safe, and watch Shark Week at home on the couch with official Shark Week throws and blankets, including a Shark Week Leopard Shark blanket with "glow in the dark eyes." 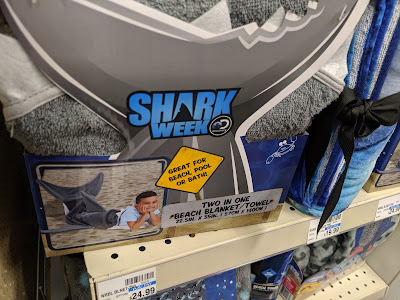 Speaking of glowing in the dark, the old Discovery headquarters has become a massive monument to Montgomery moribundity in downtown Silver Spring. The tower looms high above, with the missing Discovery corporate logo giving a ghoulish, haunted vibe. I've captured here some of the final traces of Discovery still left at the building before they are removed. 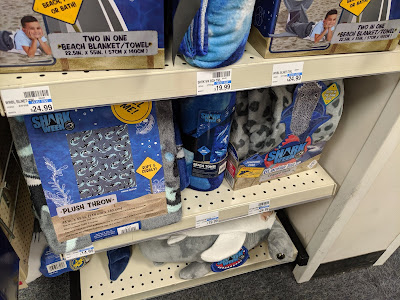 The Montgomery County Council and expensive economic development entity should have recognized Discovery needed attention when the famous Chompie Shark Week mascot no longer appeared on the facade of the building during Shark Week. Instead, Tennessee actively courted Discovery, ultimately providing the winning site with low taxes, and a campus with direct interstate and airport access in Knoxville. Horrifyingly, we later learned that over the same weeks that Tennessee was sealing the deal in negotiations with Discovery, the Montgomery County Council was taking up all of its time debating whether or not to ban circus animals. 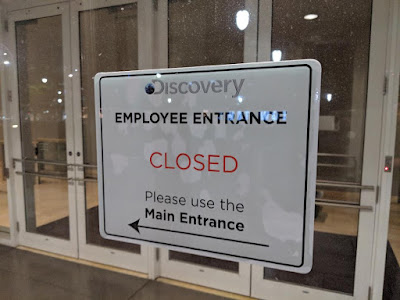 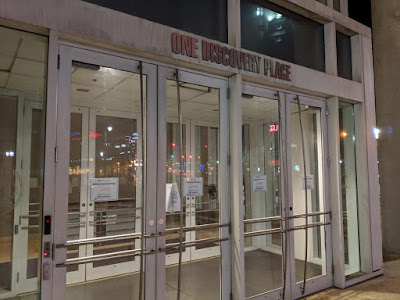 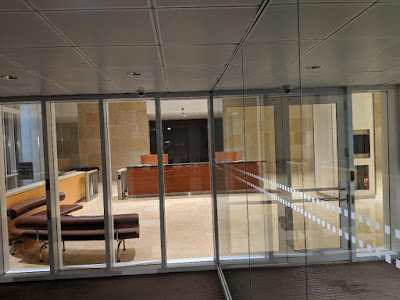 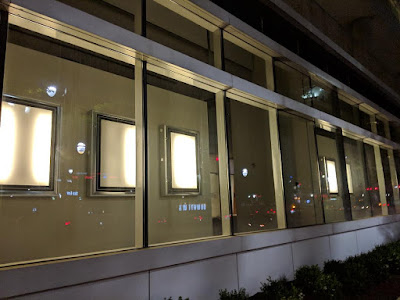 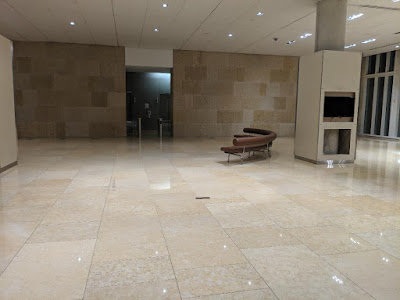 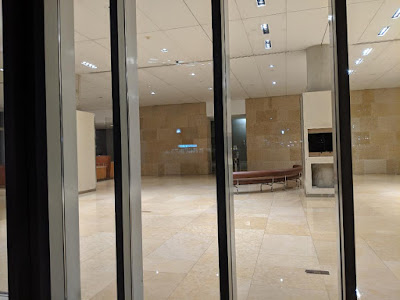 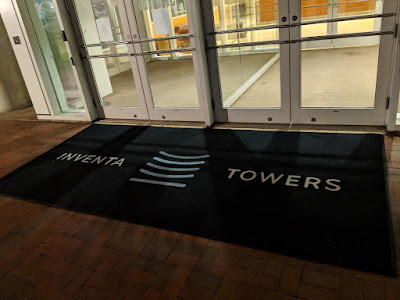 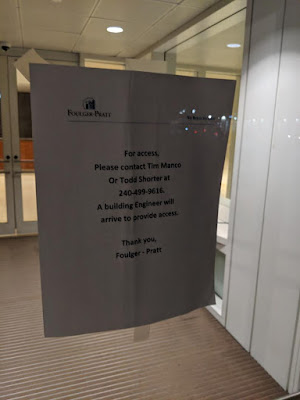 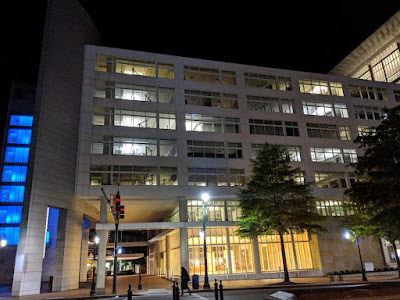 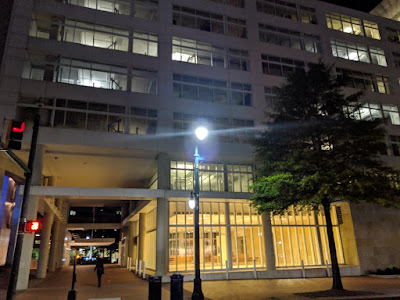 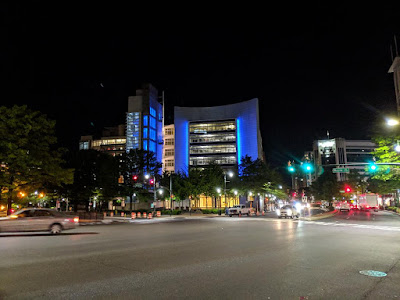 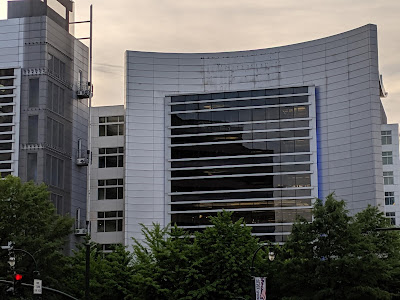