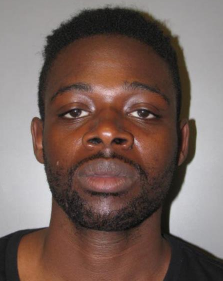 Montgomery County police arrested a suspect in a White Oak assault and burglary case, that stemmed from a domestic incident on October 4. The suspect, Foday Gassama, 28, of Purple Mountain Lane in Gaithersburg, was spotted by officers in White Oak on Lockwood Drive on October 8.

After a brief foot chase, Gassama was taken into custody. When officers searched him, they allegedly found a loaded handgun with an obliterated serial number. He has now been charged with possession of a loaded handgun on his person, obliterating a serial number on a firearm, and the prohibited possession of a firearm due to a previous criminal conviction.
Prior convictions make Gassama ineligible to legally possess a firearm, detectives said. He is being held without bond at the County detention center.
Posted by Robert Dyer at 12:12 PM